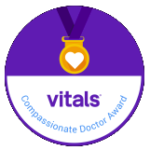 Compassionate Doctor certification is granted to physicians who treat their patients with the utmost kindness. The honor is granted based on a physician’s overall and bedside manner scores.

Patients’ Choice recognition reflects the difference a particular physician has made in the lives of his/her patients. The honor is bestowed to physicians who have received near perfect scores, as voted by patients. 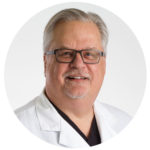 Dr. Zbella was born in Chicago, Illinois, and attended college at Benedictine University with an honors degree in biochemistry. He received his medical degree from the University of Illinois in 1980 and completed his residency in obstetrics and gynecology at Mount Sinai Hospital. After completing his residency, Dr. Zbella participated in a fellowship in reproductive endocrinology and infertility at Michael Reese Hospital and Medical Center in 1986.

Dr. Zbella is board certified in obstetrics and gynecology and subspecialty certified in reproductive endocrinology and infertility. Dr. Zbella is a fellow of the American College of Obstetricians and Gynecologists and a fellow of the American College of Surgeons. He is the Director of the Division of Reproductive Endocrinology and Infertility at Bayfront Medical Center’s residency program in obstetrics and gynecology. His accomplished surgical skills have allowed him to instruct microsurgical technique to physicians in training.

Dr. Zbella has published numerous scientific articles in major medical journals and has served as a reviewer for journals related to gynecology and infertility. He has written chapters in several medical text books and has lectured nationally at numerous meetings and seminars. Dr. Zbella continues to participate in clinical research with major pharmaceutical companies.

Honors include being chosen for inclusion in: America’s Best Doctors, Guide to America’s Top Obstetricians & Gynecologists, and The Consumers Guide to Top Doctors.

Dr. Zbella is dedicated to assisting couples achieve the goal of having children through clinical care, research, and education. Dr. Zbella is married and has three very active children. 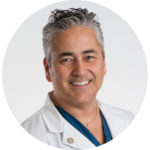 Dr. Sanchez graduated from the University of South Florida in 1991 with a Bachelors of Science in Biology. He subsequently attended the University of Florida College of Medicine, and graduated in 1995 with a Doctorate in Medicine. From 1995 to 1999 Dr. Sanchez performed his Internship and Residency at Bayfront Medical Center in St. Petersburg, Florida, where he received several honors and awards including outstanding laparoscopic surgeon. Following his residency, Dr. Sanchez completed a fellowship in Reproductive Endocrinology and Infertility at the University of South Florida where he presently serves as an Instructor. 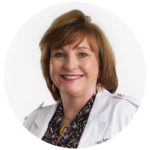 Deborah Martin A.P.R.N. received her Bachelor’s of Science in Nursing from the University of Florida in 1985 and graduated from the OB-GYN Nurse Practitioner Program at Emory University in Atlanta, Georgia in 1990.

Deborah joined the Florida Fertility Institute in 1999 and has focused her career on providing professional, compassionate gynecologic care to women of all ages. She is active in clinical medical research and has participated as a sub-investigator in over 60 clinical studies.

Originally from Boise, ID, Jaunice  attended college in Reno, NV,  graduating with a Bachelor’s Degree in  Nutritional Science. She went on to receive a Master’s of Clinical Medical Science from Barry University’s PA program, graduating with honors in 2011, having served as class president. Her background includes over 8 years of experience in Women’s Health and Endocrinology.

Jaunice is an active member of the Florida Academy of Physician Assistants and the American Society of Reproductive Medicine.

Andrea Canata, P.A.-C received her Bachelor’s of Science in Biology from University of South Florida on a full academic scholarship.  She then graduated with Honors from Nova Southeastern University’s Physician Assistant Master’s Program.

Andrea is an active member of the Florida Academy of Physician Assistants. She has spent her time volunteering for service organizations including Horses for Handicapped and the Special Olympics.

She is the lead IVF Coordinator at Florida Fertility Institute and helps patients navigate through the process of IVF.

Charlie volunteers her time with Making Strides Against Breast Cancer and March of Dimes. She has four children and two grandchildren.

Jennifer received a Bachelor of Science from Newberry College and then proceeded to obtain a second      Bachelor of Science in Animal and Veterinary Science at Clemson University. She then received her Masters in Biomedical Science, Embryology and Andrology from Eastern Virginia Medical School.

Following matriculation she worked as a staff embryologist at Reproductive Biology Associates in Atlanta. She joined the staff of Florida Fertility Institute in January of 2018.

Susan received a Bachelor of Science from Covenant College in Georgia and has spent 11 years as a medical technologist in various capacities.  She worked in oncology with cancer patients, which was challenging and offered a perspective to segue way into training to become an embryologist in 2003.

Susan has spent the last 15 years helping make dreams come true for thousands of couples and individuals and recently relocated from Chattanooga, TN to join the Florida Fertility Institute IVF team . She is mother to Mackenzie and grandmother to Kingston.